5 Confessions From My Early Writing Life (With Excerpts)

5 confessions from my early writing life. 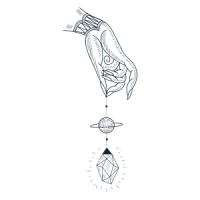 Once upon a time I got rid of all my old writing. I burned the physical copies, deleted the digital files, and promptly moved across the country.

Okay, okay, that last one is unrelated, but it adds a sense of drama, no?

Then, one fateful day, I dug through Google Drive and found backups of countless horrible manuscripts from my teenage years. WTF, Google? I don’t recall asking for this. (I probably did, though.)

I can’t remember my precise reasoning for trying to rid myself of old writing to begin with. At the time, I’m sure I was being a perfectly reasonable human being. What do I need a 15-year-old unfinished story for?

As it turns out, there are snippets that I still love, characters that are pretty okay, and ideas worth saving. I also noticed some interesting patterns and writing habits.

I’m including lightly edited excerpts. All are from BC times (meaning before college), so they are definitely over a decade old.

Don’t ask me why. I was like… 12 and thought drinking with mysterious strangers was the best way to make new friends who inevitably whisk you away on dangerous quests. (Not in real life, of course. I was 12.)

Nycia stepped so that her feet made no sound on the dusty floor as she smoothly came up behind him. She pulled her sword and rested the cold blade against his neck. “Son of a bitch,” she said in a low voice, leaning slightly toward his ear. “I’ve been looking for you.”

“Doesn’t surprise me much,” he said, hardly reacting to the blade except to flick it with his finger, creating a soft metallic ding. He didn’t seem to care as he continued about his business of sulking in the dim tavern light.

“Does anything surprise you much?” she said, pressing the sword slightly harder against his throat. A small trickle of blood ran down his neck, and suddenly, Nycia found herself on the floor. What exactly had happened was not clear to anyone but Uli, who stood over her with his own sword already pulled. She glared at him in stunned disbelief.

2. Thieves are compelling characters and definitely should come from a royal background.

Clearly I was a rebellious child. My favorite main characters were almost always thieves who, for one reason or another, used to be royalty. I think, in my head, thieves had that whole “I’m a mysterious, independent bad ass that thinks convention is for suckers” vibe going, and I really dug it.

I can’t say this character’s reasoning makes a ton of sense, but this is from one of my earliest manuscripts to be fair. (Also, who names a character “Kale”? What the hell, little Sarah?)

He leaned against the wall and crossed his arms. “You ran?”

She nodded as she sat up in the bed. “Of course.”

“He sent my cousin into the war. I wanted to go too, but my cousin, Kale, he wouldn’t let me. So I ran.” She shrugged. “I was sick of being ladylike anyway. Besides, my father had my sister. She was an ideal lady, unlike myself. I never could keep my dresses clean or walk as elegantly. It was ridiculous.”

She rolled her eyes. “I think that was my point.”

“And you became a thief that is wanted in almost every city, kingdom… and country.” He nodded thoughtfully. “Hm. Quite the career change.”

3. Killed off a character? No problem. You can always bring them back to life.

And you aren’t limited to vampires. No way! Magical, enchanted rings are also valid methods of bringing characters back from the dead according to my young writing self. Go crazy! You can rinse and repeat this method several times in one manuscript.

I sure did in this NaNoWriMo dumpster fire.

“What are you doing?” Chameleon demanded as Ray grabbed Ahmi Lee’s hand.

“Healing her,” he said simply before slipping the ring onto Ahmi Lee’s finger. Then he removed the bandages and immediately ash blew away, leaving no trace of the wound.

As her eyes flickered open she tensed upon seeing Ray but when he embraced her warmly, she relaxed. “I’m so sorry,” he whispered and no further explaining was needed.

4. Animal sidekicks are the shiiiit.

I’ve always loved giving my characters loyal animal companions. My family is full of animal lovers. In particular, I’ve always had a cat by my side. It simply made sense that my characters should have a four-legged or winged friend as well.

The loud click of a key sounded in the office, and she flinched. Seeing the doorknob turn, she dove under the desk with a small gasp. Just as she settled on a pile of feathers, Alanor strode into the office with his thumping limp.

The crow-like man settled himself in his leather chair, humming softly and cracking his knuckles. He removed his pipe from the corner of his mouth and let out a puff of thick smoke. “I presume you find my dear Capoldia quite comfortable, Genija,” he said in his rough aged voice as he straightened a few papers on his desk.

As Alanor spoke, Genija felt the pile of feathers move. She twisted her head around to see an elegant bear-like head staring down at her. She yelped and darted off the feathers. Alanor’s leathery hand clamped around her wrist just as the strange creature yawned.

5. My characters love books just as much as I do.

I guess it’s inevitable that a little bit of me would end up in my writing. I ran across multiple stories where my characters geek out about books, steal books (going back to that thief archetype), or bury their noses in a book just for the smell.

The soft worn pages felt almost energizing beneath her fingers.  She squinted at the text, patterns of knots, in the dimming light, but it was little use; she could not read the language it was in.  It was no matter. She was more excited to add it to her odd overflowing collection of smelly old books with decaying binding and dust filled pages.  She loved the books, mostly for the smell and feel of the pages against her fingers. The old books were cheap too, and the ones that were in English were full of intriguing stories.

I hope you enjoyed this blast from my past. If you’re a fellow writer, share with the class. Have you ever noticed any repeated elements in your early writing? Tell me about it below.

As always, thank you for reading.

Sarah Day is a native Arkansawyer and professional writer. She grew up in the Ozarks and has been carrying around piles of books for as long as she can remember. In 2014, she graduated from the University of Arkansas with a creative writing degree.

Published: Ora and the Old God